As an ex-New Yorker and realtor, I have a natural affinity for old mill buildings and factories. It's so exciting to see the development of our local mill buildings, such as those in Holyoke and Easthampton, where new businesses are growing and thriving. Recent years have seen development further south in Springfield, with the creation of the MGM complex; not to mention preexisting venues such at the Springfield Symphony Hall and the Majestic Theatre. We are lucky to live in an area with a wide array of cultural and sporting events to take advantage of. The following piece from MassLive goes into greater detail about our local arts and entertainment growth. 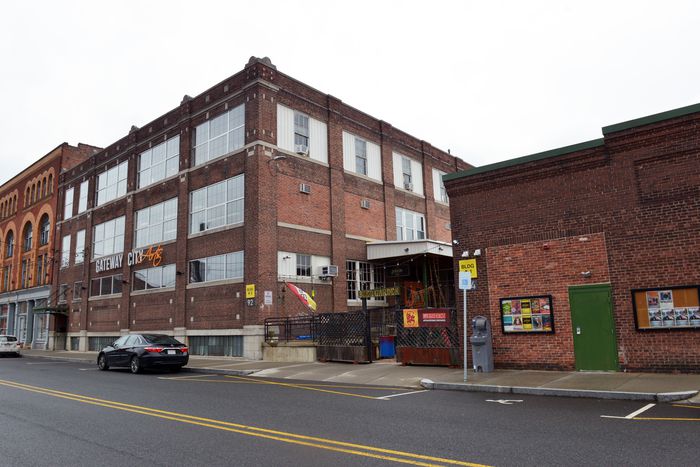 While it may still be too early to make any final assessment, there seems to be a growing sentiment among Western Massachusetts’ arts and entertainment promoters that MGM Springfield has not had the negative effect on neighboring entertainment venues that was once feared.

Now entering its third year, the casino resort draws approximately 15,000 visitors daily, but those entertainment dollars don’t seem to be coming largely out of the pockets of other arts and entertainment venues.

“I haven’t seen any downside from MGM Springfield. Our number of shows and tickets sold in the region has increased every year and I expect that trend to continue in 2020,” says John Sanders, a partner and talent buyer for Dan Smalls Presents, an agency that books shows up and down the Pioneer Valley. “I’d actually like to be doing more in Springfield at Symphony Hall and hope to be able to develop a working relationship with MGM to do that.”

Jim Neill, marketing director of Northampton’s multi-venue Iron Horse Entertainment Group, agrees about MGM Springfield not having much of a negative effect.

“They are one more player at the table for some of the same shows everyone else is vying for, so sometimes a show we’d have done will go their way. But in many cases they are doing shows that wouldn’t make sense for us anyway,” Neill says. “After all the anticipation about the casino, the reality is that it hasn’t had a major impact on us.”

MGM itself seems to be doing just fine, as well.

“Shortly after we opened, we launched a ‘You Said We Did’ campaign, where we solicited customer feedback and then worked to implement their suggestions. This is common practice in the industry,” Mathis said. “We opened a new VIP Lounge based on conversations with our guests. Most recently, we started construction on a new VIP parking area on the second floor of the garage.”

For Danny Eaton, director of the Majestic Theater across the river in West Springfield, the casino has served as a corporate sponsor, so there has been no downside for him.

“For the two years they were under construction, they were a corporate sponsor. Then, once open, for the next five years they (agreed to continue) with their corporate sponsorship but also buy the house for one performance of each of our five plays,” Eaton says. “So, the MGM impact has been and continues to be a benefit to us.”

In general, Eaton says his subscription-based theater has held steady and actually saw an uptick over the past year. “I certainly attribute it to the mix of plays we offer each year; that’s pretty much held true over the years,” he adds.

Neill says the challenges for Iron Horse in the arts and entertainment market remain the same.

“Competing promoters, getting attention as a secondary market and building new acts. Balancing the more adventurous booking with time-tested favorites,” he says. “Staying passionate about the music is the easy part. There are so many talented artists out there, old and new, and we always have our ears to the ground. We’re always planting seeds that will grow into tomorrow’s staples.”

Neill adds that he was excited about the prospects in 2020. “Our spring calendar is packed. We’re beyond thrilled to have Courtney Barnett playing the Iron Horse on her small club tour. Also at the Horse we’ve got Nada Surf, Dar Williams, KT Tunstall, Altan, Lunasa, Loudon, Holly Near, and prog legends Nektar, to name a handful,” he said. “At the Calvin we have Kamasi Washington, Gaelic Storm, the High Kings, comedian Nate Bergatze, a Guster show March 28 that’s almost sold out already.”

Sanders says he, too, is hopeful about the coming year as Dan Smalls Presents (DSP) represents sustainable growth.

“My work with DSP started five years ago and our growth, I believe, has been pretty organic,” he says. “I moved to Northampton and started promoting shows in Western Massachusetts – oh boy, 20 years ago – so my relationships run pretty deep. There was a need to create new opportunities for touring artists to perform in the region, and we’ve developed great partnerships with a few amazing venues in the valley.”

Along with looking to bring some shows to Springfield Symphony Hall, Sanders says Dan Smalls Presents is also planning on expanding its usage in venues it already employs.

“We did six incredible shows at the Pines (Theater in Look Park, Northampton) in 2019 and will likely at least double that amount in 2020,” he says. “I’m very excited to be working with the team at Look Park to be bringing back live music to this amazing spot. We’ll start rolling out the shows later this month, and I hope the valley will be as excited as I am about the lineup we have this summer.”

One venue Sanders already works with, Holyoke’s Gateway City Arts, has been growing and expanding since beginning in 2011. Gateway City Arts co-director Vitek Kruta says 2019 was great in terms of finalizing and completing the venue’s construction phase.

“We now arrived at the turning point. We also created very successful relationships with (Dan Smalls Presents), Signature Sounds and few other promoters,” Kruta says. “We updated our sound system to state-of-the-art quality with help of Klondike Sound so we can not only assure best quality entertainment but also to attract bands who require that level of quality.”

Kruta saw last year as a year of completion. Along with creating a small works gallery now featuring regularly changing shows, the venue also now has a new bar-restaurant called Judd’s, featuring Czech-American cuisine, a theater, a tap room, a music hall, and woodworking and ceramic shops for use by members.

As for his outlook for 2020, Kruta says, “Holyoke is a home to lots of artists and amazing talent. In the past few years, some artists unfortunately moved away or passed away, and the scene was kind of quiet. But it is slowly coming back and we are going to see more activities this year.”

Over in Easthampton, Rachel Phillips, the chair of Easthampton’s Cultural Council, says 2019 was a great year of growth for her city as far as the arts, and she sees more of the same for this year.

“The city engaged in a series of facilitated community workshops, the Easthampton Futures Project, inviting community members to envision the next iteration of the arts and culture chapter of the city’s master plan,” Phillips says. “And, with more event venues like CitySpace on the horizon and our Millpond Live festival in August and September, 2020 should be yet another banner year for the city.”