If you've never been to the Northampton Sidewalk Sales - run, don't walk! They started today, July 28th, and run through Sunday, July 31st at 5 pm. Many store owners in Northampton are selling their wares at a major price reduction. There are also food vendors selling good things to eat. So, put on your hat, your sunblock and don't forget to hydrate. It's hot and humid out there!

In addition, the Daily Hampshire Gazette published the following article highlighting some fun events for the whole family still to come this summer! Read on here for that story. 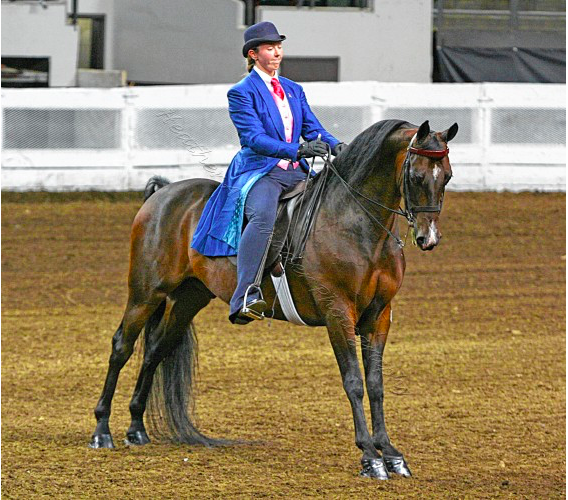 One of the earliest horse breeds developed in the United States, the Morgan horse, originated with a colt named Figure, who was born in 1789 and acquired by Justin Morgan, a musician and horseman who lived in Springfield before moving to Vermont.

Morgans have served many roles in American history, being used as coach horses, for harness racing, as calvary horses and as general riding animals.

All rides begin at Unity Park in Turners Falls, where a truck from Bart’s Homemade will be scooping ice cream and chef Tom Easton from Historic Catering will be preparing lunch.

Fire trucks, police cars, utility trucks, ambulances — they’ll all be on view at the annual Big Rig Day Aug. 4, 11 a.m. to 1 p.m. at South Hadley’s Buttery Brook Park. All are welcome to climb into the cabs, ride the aerial ladder and meet the people who operate these huge vehicles. The free, kid-friendly event is co-sponsored by Friends of Buttery Brook Park and the South Hadley Electric Department. butterybrookpark.org.

Not so long ago, most New England towns had a poor farm, a county- or town-run residence where paupers — mainly elderly and disabled people — were supported at public expense. On Aug. 6, Leslie Bracebridge, chair of the Shutesbury Historical Commission, will lead an informative tour of the cellar-hole remains of Shutesbury’s poor farm. Sponsored by the Pelham Historical Society, the hike will begin at 1 p.m. at the Pelham Town Complex, corner of Route 202 and Amherst Road, and will be about 45 minutes each way. Bracebridge will supply an oral history and photographs on site.

Also on Aug. 6: The Third Annual Pocumtuck Homelands Festival returns to the waterfront at Unity Park on 1st Street in Turners Falls.

If you are looking for something fun to do with your family in Northampton this weekend - check out Circus Smirkus at the Three County Fairgrounds. There are shows tonight at 7 pm, and tomorrow at 1 pm and 7 pm. Though based in Vermont, this talented troupe boasts some local performers. See the article from the Daily Hampshire Gazette to follow.

Cameron Zweir, of Holyoke, and Serafina Walker, of Greenfield, demonstrate a move they use while performing for Circus Smirkus, Thursday at Three County Fairgrounds. —Gazette Staff/JERREY ROBERTS

When Lucia Mason, 17, was growing up, she was always up a tree somewhere.

The Montague native loved to climb — did it every chance she got, so much so that her mother decided she needed an outlet.

“My mom was like, ‘we need to do something with you,’” she laughed.

That led to joining Circus Smirkus, an international youth circus that has had several performances in Northampton already this week. Shows continue into the weekend, with performances at 1 and 7 p.m. on Friday and Saturday, and feature performances by two other local troupers in addition to Mason: Serafina Walker, 13, from Greenfield and Cameron Zweir, 17, from Holyoke.

Smirkus hails from Vermont and is in its 29th year of touring. The 2016 Big Top Tour begins performing in late June and continues through mid-August, traveling through Vermont, Maine, Massachusetts, New Hampshire, Connecticut and upstate New York for a total of 67 shows.

Troupers’ individual tricks and stunts stand alone. But many others contribute to the effort, including tent and concession crew members, counselors and organizers, said Circus Smirkus assistant counselor Casey Venturelli. Working together, she said, they create a “beautiful dance.”

Without one piece, the rest could crumble, and the dance could fall out of sync.

A leader, natural and mature

If the troupers were an airplane — to play along with this year’s theme, “Up HUP, and Away: The Invention of Flight” — Zweir might be the engine. One of the older, taller and sturdier of the troupe, he often is physically supporting the weight of his fellow performers in the show, face twisted in concentration and knees shaking.

Zweir is a natural leader, Venturelli said. He contributes to the group and carries his weight — and sometimes, the weight of the other troupers. He’s conscientious and thoughtful, Venturelli said, and listens to calm instrumental music or Flume in his free time.

Zweir is a third-year trouper this summer and performs as a clown, acrobat and aerialist. He was a gymnast for most of his life before joining Smirkus and plans to attend Savannah College of Art and Design to study acting and stunt work.

“I definitely wouldn’t be who I am without Smirkus,” Zweir said. “It’s taught me so much.”

Mason is only a first-year trouper, but being 17 and strong, she’s a leader in her own right. A few hours before the show Thursday, she stretched her limbs on a rope outside the group’s backstage tent, guiding fellow troupers to do a “hip hop climb” in an encouraging tone.

The muscles in her lithe body rippled as she demonstrated the trick to her friends Isle, Sarah and Jeannette, and then slid down to explain.

Up on a swing, together

Then there’s first-year-trouper Walker, who Venturelli says takes constructive criticism with the utmost seriousness and whose bio in the program booklet says she speaks fluent Mandarin Chinese.

When she found out she’d made it into Smirkus, she said she “squealed very much” and almost broke her mom’s ribs from hugging her so hard.

Though young, Walker easily matches the synchronization of some of the older teammates. In one of the first performances of the show Thursday, she lifted her body elegantly  up a swinging metal structure with four other acrobats, contorting and twisting. The girls all held each other up and balanced just right so as not to tumble off.

The togetherness manifests in the trouper’s relationships with each other, too, Venturelli said. They create a tight-knit community.

The show teaches them valuable lessons, Venturelli said. Being on the road for weeks at a time at a young age matures them rapidly and shows them perseverance, resilience and strength. And those 11- to 18-year-olds inspire her, as well.

Happy Independence Day weekend! In case you missed the annual Northampton Family Fourth Celebration on June 25th, we wanted to give you a chance to catch some fireworks this holiday weekend. To follow is a list of Fourth of July celebration venues throughout the Commonwealth. Luckily, there are a number of places to enjoy fireworks in the Northampton area so you won't have to travel far!

We at Maple and Main Realty, wish you a safe, enjoyable and relaxing holiday weekend!

This schedule was reprinted from masslive.com 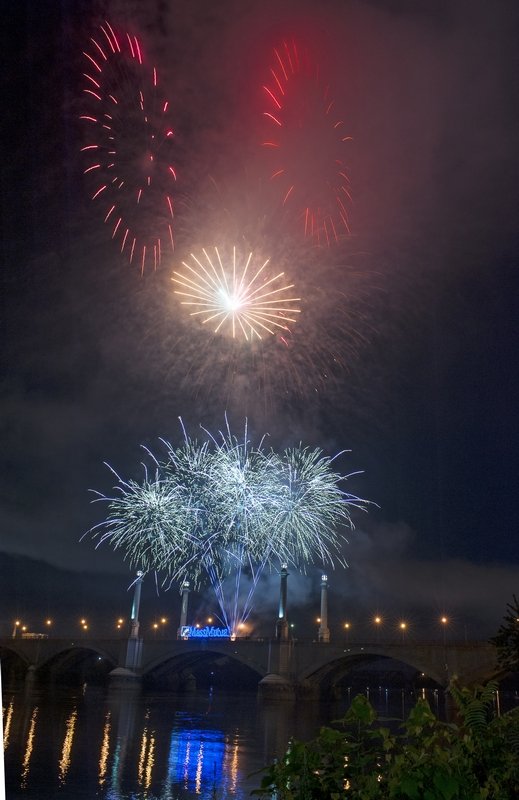 Massachusetts skies will be lit in celebration of Independence Day with fireworks displays in the days before and following the Fourth of July.

Here are some of the more notable planned pyrotechnic displays: