Well, it looks as if winter has finally arrived to the Pioneer Valley, and she means business! It seems we can expect possible power outages due to the high winds. Make sure to have your flashlights powered up, and back up power and heat sources ready to go, should we lose power. It's also extremely important to dress appropriately for the weather if you need to be outside for any period of time.

Real Estate Reminder: Remember to keep your heat on low if you have to be out of town during the cold snap. Burst pipes can lead to very expensive plumbing and cosmetic fixes!

Here's the report from the Daily Hampshire Gazette today: 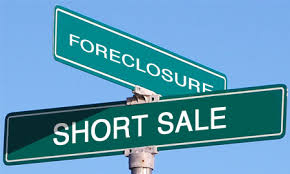 An Arctic front is expected to hit the region bringing with it cold temperatures, high winds and snow, according to the National Weather Service in Taunton.

Thursday morning’s high temperature in the 20s is forecast to drop throughout the day to the mid-teens, according to Bill Simpson, a spokesperson with the weather service.

Winds will gradually increase with wind gusts reaching up to 40 mph in the afternoon bringing with it wind chills dropping near zero, Simpson said.

“One good thing – it’s a relatively short period,” he said.

The highest winds and lowest wind chills are expected in the evening and could hit 10 to 20 below zero in Western Massachusetts with some locations even colder, according to Simpson.

Moving into Friday, winds are expected to die down and temperatures are forecast in the mid-teens.

Snow is expected to arrive following the evening commute and could drop four to five inches in the Connecticut River Valley.

“Dress appropriately. We have a wind chill advisory out once you get below zero to minus 20,” Simpson said. “Hopefully people are dressing appropriately.”

Simpson also said people should prepare for possible power outages because of the high winds.

Emily Cutts can be reached at ecutts@gazettenet.com.

Another handy-dandy safety-related blog post from Maple and Main Realty! Fire safety is no joking matter. Many of us New Englanders have back up heating systems such as wood-burning stoves, pellet stoves, fireplaces, and the like - all of which come with the need for proper maintenance. As we hunker down for the winter, it's imperative that your house be as fire-safe as possible. Proper disposal of live ashes from fires, making sure your chimney has been swept recently, making sure your furnace and/or boiler have been recently serviced, checking on batteries in your fire and CO alarms, etc. All of these measures should be on your pre-winter to-do list. The following article is a repost from a recent piece in the Daily Hampshire Gazette about fire safety concerns.

By TOM RELIHAN
For the Gazette
Thursday, October 06, 2016

It’s getting colder, and that means we’re looking for ways to keep warm.

So, it’s a good time to think about protecting the home from fires, which increase in Massachusetts during the winter months.

The state Department of Fire Services has some tips.

Next week is Fire Prevention Week, according to DFS spokeswoman Jennifer Mieth, and this year’s theme is “Don’t Wait, Check the Date.”

She’s talking about smoke alarms and carbon monoxide detectors. They’re the two devices that homeowners rely on to warn them when a fire has broken out, or when colorless, odorless carbon monoxide is building up. “You should replace smoke alarms every 10 years — the sensing technology degrades over time, and you may not be able to rely on it when you need it the most,” Mieth said. “Even if you put new batteries in and hear that beep, it still might not detect smoke.”

The Department of Fire Safety is also running its “Keep Warm, Keep Safe” campaign this time of year, as residents begin turning on the heat.

Mieth said it’s important to regularly have your furnace inspected by a licensed professional.

“A clean, efficient furnace is cheaper to run and less likely to cause problems,” she said.

Heating systems are also the leading source of carbon monoxide in the home. Mieth said its important to have working CO detectors, and they need to be replaced even more frequently than smoke alarms — most only last five to seven years, unless it’s a newer model rated for up to 10 years.

If heating by wood, regular cleaning of your chimney by professional is crucial. Accumulated material in the chimney is the leading source of chimney fires, and cracks along the shaft could let fire contact the building’s main structure.

When disposing of the fire’s ashes, Mieth said, a metal container with a lid, stored outside, is the only safe way to do it.

“Do not put them in plastic recycling containers. Do not put them in paper or plastic bags,” she said. “Don’t store them under on the breezeway. Put them outside in a metal, lidded container. You touch the ashes and they may seem cold, but single embers can stay hot for a long time.”

When the winter chill really sets in and furnaces have a hard time keeping up, many people turn to space heaters to keep toasty. But Mieth said it’s important to know how to operate them safely.

They should always have a three-foot “circle of safety” around them, free of anything that can catch fire. Also, don’t use extension cords –— Mieth said extension cord failure is the most common cause of space heater-related fires.

“Any heat-generating device draws a lot of electricity, and if you’re not using the right kind of cord that can be really dangerous,” she said.

Tom Relihan can be reached at trelihan@recorder.com.